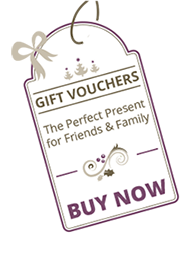 1664- The Waldrons of Dromellan Castle (early name of Farnham House) were forced to sell the estate to settle gambling debts. Bought by Bishop Robert Maxwell, thus beginning the Maxwell family connection that was to continue for more than 330 years (family motto is Je suis prêt - I am ready’).

1761- Robert, Earl of Farnham, was a keen agriculturalist and agent of improvement who put the most technologically and scientifically advanced agricultural methods into action

In 1777, noted agricultural scientist and topographer Arthur Young said of Farnham; “…upon the whole Farnham is one of the finest places that I have ever seen in Ireland; the water wood and hill are all in great stile and abound in a variety of capabilities. The woodland plantations of Derrygid coupled with the lakes of Farnham and Derrygid were noted by Young who described them as being ‘uncommonly beautiful; extensive and have a shore extremely varied.” In the 1770’s, approximately 100 labourers were employed in maintaining the landscape at Farnham.

In 1795, Earl of Farnham Barry asked James Wyatt, one of the most fashionable architects of that time, to draw designs for three ceilings. Although there is no evidence of them being installed at Farnham, these plans are now housed in the Metropolitan Museum of Art in New York. Some work was undertaken by Wyatt though around the 1795 timeframe and to this day, a library case where his design has been noted stands inserted in an alcove on the staircase landing.

In the early 1800’s, a coat of arms was incorporated onto the façade of the house. Comprised of the arms of the Maxwell and Barry family, they are supported by two bucks, with a buck’s head on top of the Baron’s coronet as the crest. The family motto if Je suis prêt – I am ready.

In 1802 Francis Johnston, architect for Dublin’s famous GPO building, was engaged to complete an extension of the existing house to provide an edifice to the southwest garden front. This is the latter day surviving Farnham House, which is now incorporated as the centrepiece of the hotel complex design. In the depths of the earth beneath Farnham lies a myriad of passages. These passages were constructed to allow food, supplies and heating fuels to be brought into the mansion house by the servants. Such underground passages kept the servants out of sight from Lords and Ladies Farnham and their guests and no doubt were used by the servants to enjoy some activities of their own, which they would not have wanted Lord and Lady Farnham to witness!

In 1823, a new system of management for the Farnham estate was introduced, employing persons as inspectors of districts, buildings, bog and land and a moral agent! The main duties of the moral agent were to encourage the tenantry to adhere to the main principles contained in Lord Farnham’s address to them. These included: keeping of the Sabbath, responsibility towards the education of their children, imbuing within their children a strict moral sense and to ensure that they abstained from all evil habits, including cursing and the distillation or consumption of alcohol.

1911- Records mention a staff of 11: butler, cook, governess, nursery maid, nurse, footman, ladies’ maid and several house and kitchen maids. Some 3,000 of Farnham’s then 24,000 statute acres were sold off.

1914-1918- Lord Farnham rejoined the military; he was captured, imprisoned and released after the Armistice. His political efforts failed to prevent the exclusion of three counties from the jurisdiction of Northern Ireland.

1921-1931- Lord and Lady Farnham left for England. They emptied the house of its furniture, due to widespread burning and looting of country houses. The 1923 Land Act would ultimately end landlordism in Ireland: by 1931, Lord Farnham retained only his demesne lands at Farnham, which he operated in a more intensive fashion in order to increase much-needed revenue.

1950- Economic decline had by now affected the demesne. A Farnham Tintorreto ’Christ Washing the Feet of His Disciples’ was sold in 1955; the Canadian National Art Gallery in Ontario paid some $100,000. 1956- Barry Owen Somerset Maxwell, 12th Baron Farnham became the last member of the Maxwell family to reside at Farnham House.

In 1961, dry rot was discovered within the Farnham house and in an attempt to alleviate it, the oldest part of the house looking across the parkland, and the additions made to the house in 1839, were demolished.

1995 - 2001 - Lord Farnham abandoned farming and leased the agricultural lands to local farmers. One of his last acts on the Farnham demesne was the planting of a group of trees to mark the New Millennium. Lord Farnham died in March 2001 and his wife, Diana, Baroness resided in England where she was a Lady in Waiting to Queen Elizabeth II until her passing on 29th December 2021.  Farnham Estate was sold to a local entrepreneur who developed it into a hotel resort that opened in 2006.

Present Day - The resort is owned by Mr. Thomas Röggla and along with his team at the resort, every effort is made to provide genuine hospitality in this new phase in the evolution of this magnificent location. Thus, the indelible-mark made by the Maxwell family, as far back as 1664 on the landscape of Farnham Estate will continue to be appreciated by future generations. 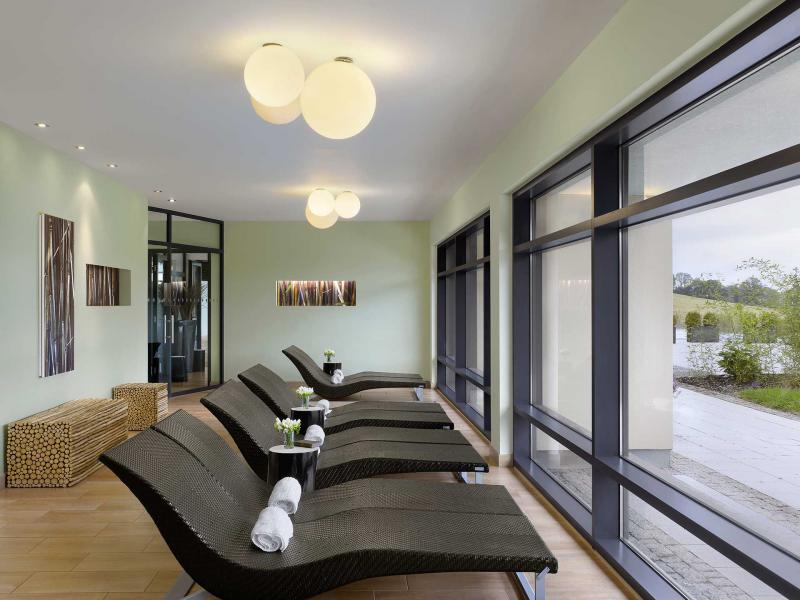 One of Ireland's most beautiful Spa'sFarnham Estate Cavan's Health Spa is a calm world of peace and serenity, linked to the magnificent estate in which it sits in a very real way.
READ MORE 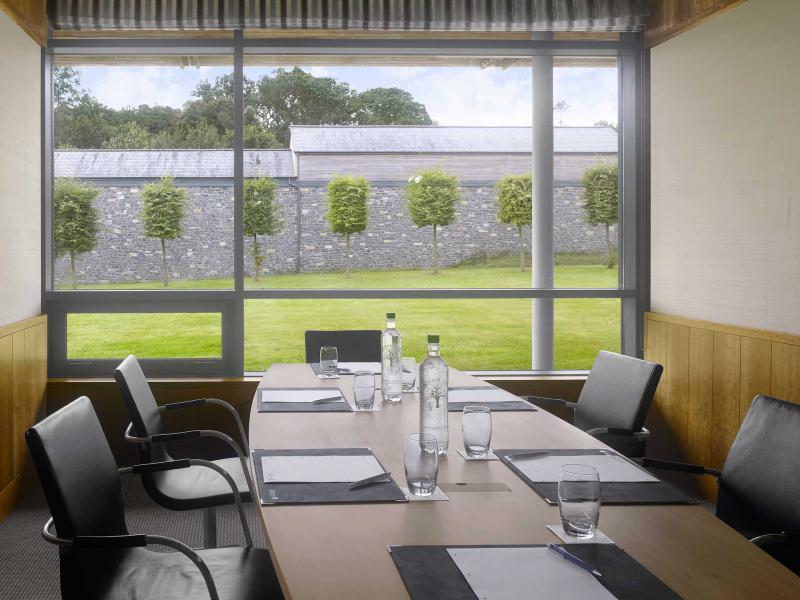 Conference Roomsat Farnham EstateWith up to 620 sq. metres of meeting space in the conference centre, the facilities include a beautifully appointed ballroom, and ten daylight meeting rooms, catering for 2 – 380.
READ MORE